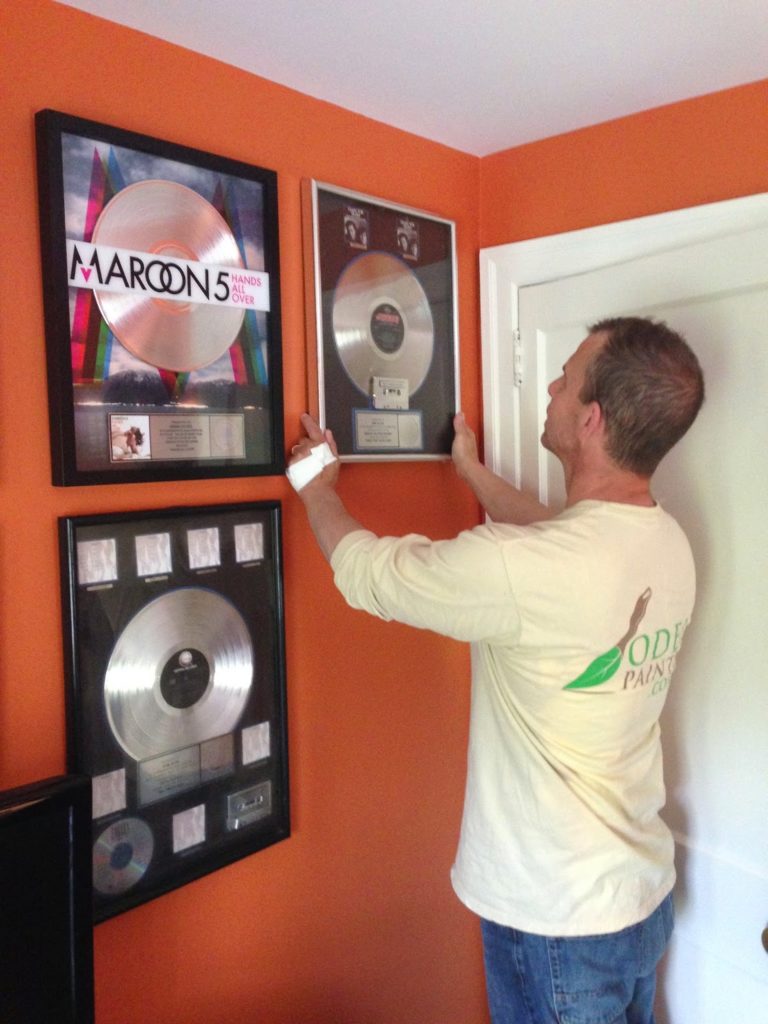 This wasn’t our first trip to the Bobbi Silver-Chris Stephens home in Carversville. Five years ago, we painted their exterior. Last year, a few rooms inside – including the Platinum Room. No, we didn’t paint the room gold. We painted a Sherwin-Williams Cashmere background for the platinum records Bobbi Silver, a former record company promotions titan, has…collected. 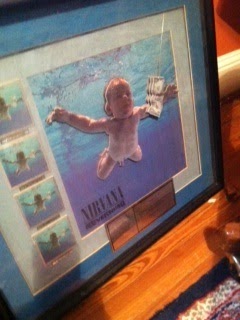 Bobbi spent 40 years promoting artists from United Artists (in the early days) to Interscope Geffen/A&M before she retired. And before I go any further, Bobbi doesn’t look old enough to have spent 40 years doing anything. But I guess rock and roll keeps you young. Anyway, along the way, she hob-nobbed with Cher, Bon Jovi, Ozzy, the Eagles, John Mellencamp, Lady Gaga, Gwen Stefani, Sting, Clapton, Maroon 5… The list is endless, and so are the records on the wall. Below is “Nevermind,” Nirvana’s 1991 megahit, one of the most famous albums of all time, and Bobbi helped it go gold.

What you may not know about us here at OP is that an interior job doesn’t always end when the lid goes back on a can of paint – especially when pictures need to go back on a wall. Sometimes we hang them in the same spots, but sometimes a customer wants to get a little creative, which means sketching out designs and some very careful measuring. You know the old adage: Measure twice; cut once. “Oh yeah,” Bobbi says. “We didn’t want to put in any holes and not get it right.” 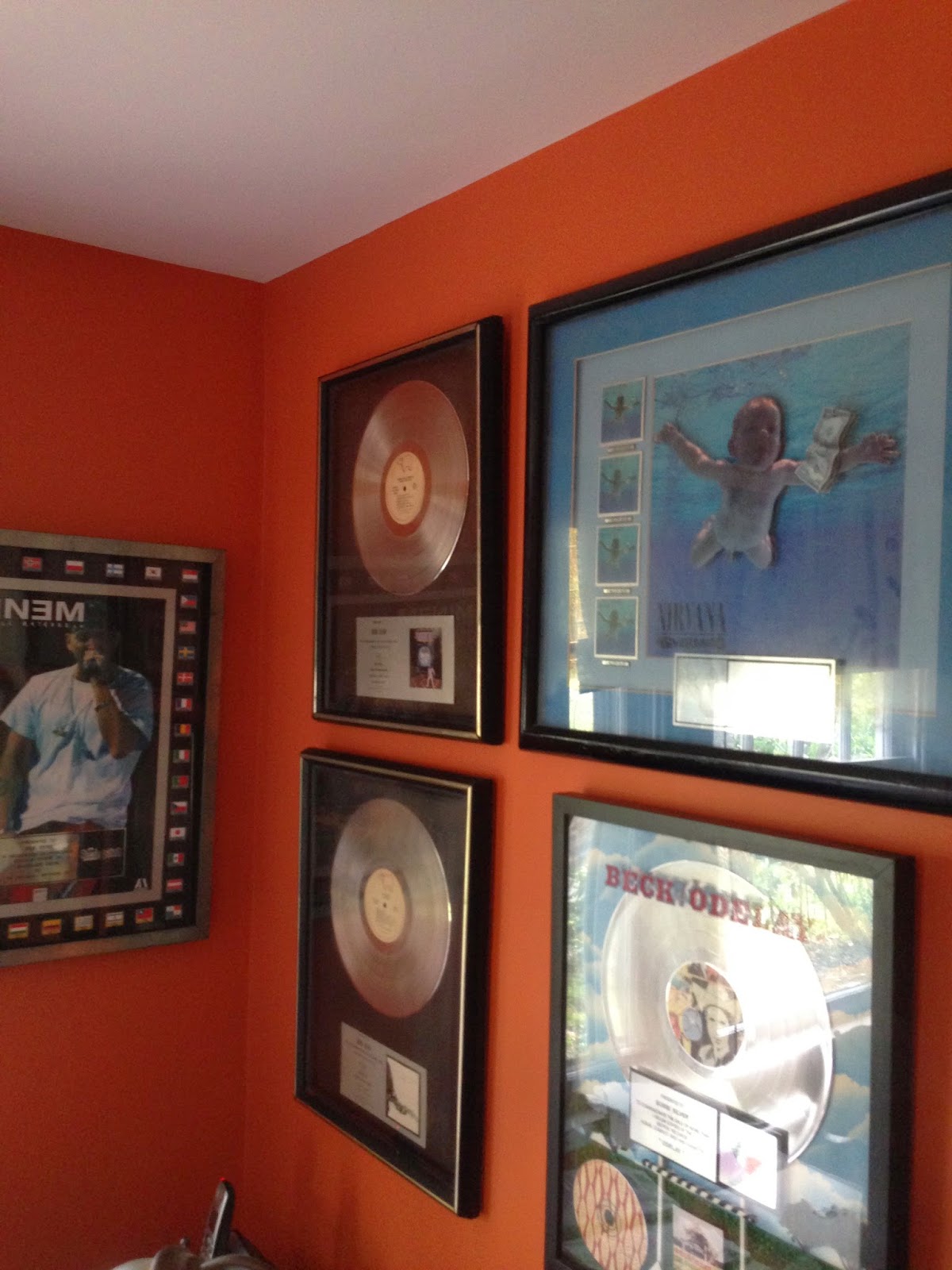 While we certainly enjoy spending time with family photos and hearing the stories that go with them, the Silver-Stephens job was particularly…fun. Below, I’m hanging Tears For Fears’ 1989 “Songs from the Big Chair” diagonal to the Eagles’ 1994 “Hell Freezes Over” and right next to Maroon 5’s “Hands All Over.”

On behalf of my wife, who took these pictures (and who’s got a crush on Adam Levine), thanks, Bobbi, for letting us do some daytime star-gazing.