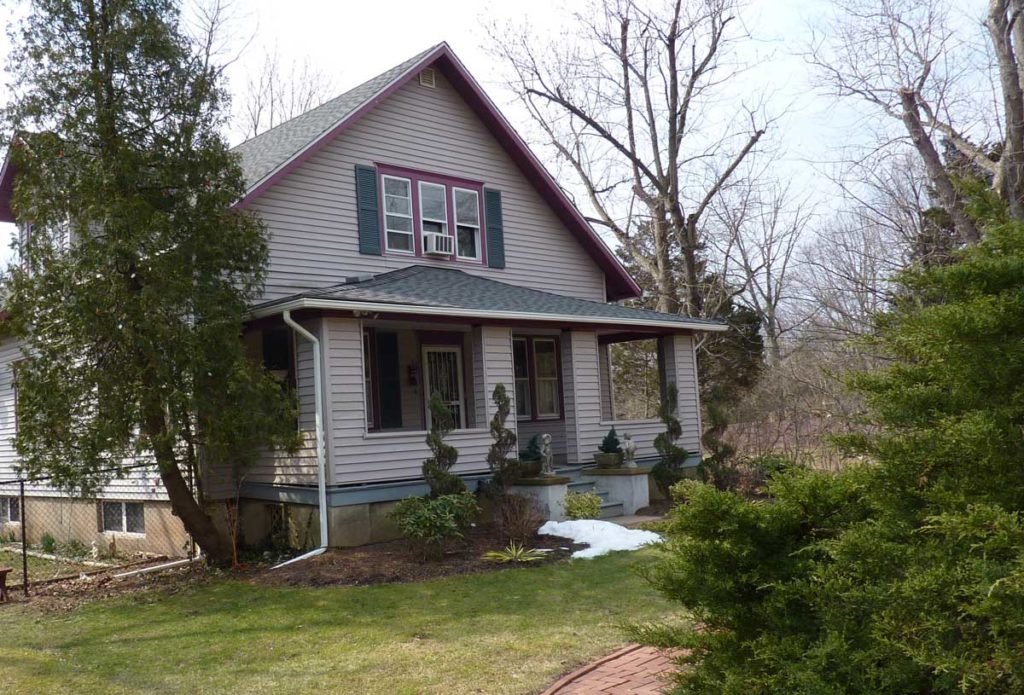 It looked like a regular old house when we pulled into this New Jersey driveway in late spring for a wallpaper-removal job. The owner, a woman named Helen, had been a widow for a few years and her children were long grown and on their own. But Helen was not alone in the house.

We all felt a little different in that front room, as if the molecules were somehow different. And there was an unidentifiable something in the air. From the threshold, Helen’s dog watched us work day after day, removing the old wallpaper, repairing the original plaster, then painting as she prepared to put the house up for sale. “None of the dogs we’ve had over 30 years have ever gone into that room,” she said.

So here’s how the story goes: In the summer of 1978, Helen and her family moved into the 1912 arts-and-crafts house that sat on the edge of a large municipal park, after the former owner, an elderly surviving twin, had been moved into a nursing facility. The realtor told the family that the sisters, whom he described as diminutive and isolated, had no family, only each other. After one passed, the other sister’s health declined rapidly. The realtor was uncertain whether she was still alive since the house had been listed by the sisters’ attorney.

Almost immediately, the happenings…happened. Paint cans were piled up to the ceiling while the family slept, doors and windows left open were shutting and locking…and then there was the scent of perfume and cigar outside the front bedroom. Maybe latches or springs were worn or one of the kids or a prankster neighbor was up to no good. Perfume and cigar? Maybe it was a scent carried on the wind…

They’d been in the house two years when Helen, watching the park department mowers getting dangerously close to her just-seeded rose bushes, walked out the back door and down the steps to halt the advance.

“Excuse me,” she said, “but last year you mistakenly mowed our new roses. We planted again so please watch out.”

“I know,” the park worker replied. “Last week the little lady told me to be careful.”

“I don’t know. She came down the back steps and told me to be careful and said, ‘The people in this house love their roses.'”

He then went on to describe a short elderly woman with white hair pulled back in a bun, wearing a house dress.

So for the rest of their time in the house, the family always included “the little lady” during holiday blessings. They talked to her as if she was at the breakfast table. They bid her “good night” when they pulled their covers up to their chins. While the pranks stopped, the scents were always there. Especially upstairs. Year after year.

Eventually, Helen brought someone in – a “house healer” –  to help the little lady leave and find her way across. And eventually there came a time when Helen, now in her 80s, decided the house was too much to care for and that it was time for her to leave and move to a senior community. The day finally came for the kids, after finishing the packing, knew it was time to say their good-byes to the family home and have their photo taken at the very spot where the only person – ironically an “outsider” – ever saw their former ghostly resident.

How do I know this story so well? I took this picture above. See the three “kids” on the back stairs? The woman on the lowest step is my wife, Carla, and she’s flanked by her brothers. Helen is my mother-in-law. And the tale of the “little lady,” a gentle kind of ghost story, is now part of our family lore.